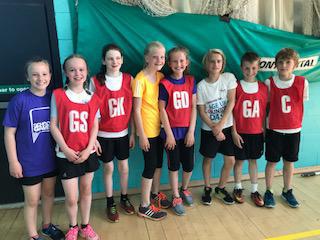 On Wednesday 24th May our Year 6 netball team traveled to Carr Manor Community School to play in the NE finals.  There were four teams in total playing, including Holy Rosary, Alwoodley, Immaculate Heart and Meanwood C of E Primary School. We played a total of three games, rotating at half time.  We beat Alwoodley 3-2 and drew against Immaculate Heart 1-1 as well as drawing against Holy Rosary.  Overall we finished in second place based on goal difference.  The children played incredibly well, rotating well and we definitely have improved shooting with all the practise they have been doing! We are thrilled with this result.

On Tuesday 16th May, five children from Year 5 attended an OAA event at John Charles Centre for Sport.  This was a fantastic opportunity given to children who have not participated in as many sporting events as others in the class.  The children thoroughly enjoyed  having a go at archery. A very well done to Izzy, Protichee, Avan, Eddie and Caelen for working as a team and representing the school brilliantly.

On Wednesday 26th April our Y6 netball team played six matches, winning five and drawing one, therefore successfully qualifying for the next round as well as with Alwoodley Primary School.  Fantastic results Y6! 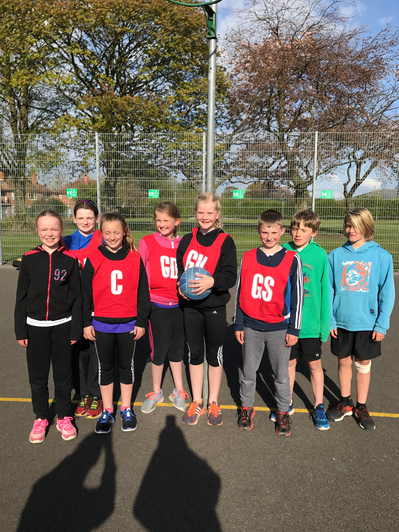